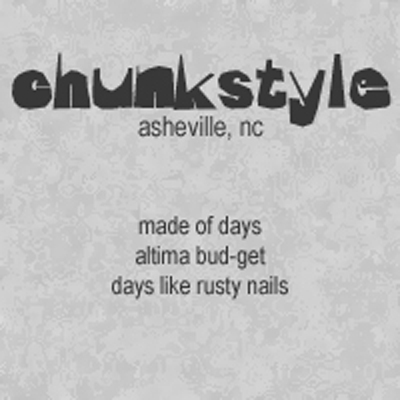 ChunkStyle was formed after Chad Hildebran's departure from This Dizzy Height. Drummer Adam Clark was brought in to rock it harder. Two of the three songs on this demo were recorded earlier on the Stereo Luxuriances CD, the third, Made of Days, was new (and by far the best recording we ever made.)

These demo CDs were burned, sticker labels printed, and then wrapped in a printed and folded sheet of paper, and given away at all of our shows.

There are a lot of copies of this floating around out there somewhere.